The Horse and Farrier, Otley

Otley is a wonderful town for people who like pubs. We like pubs so we often go to Otley for a drink and, occasionally, for something to eat. Any pub that serves well kept beer and decent pub grub will eventually get a visit . Last night we went to the Horse and Farrier in Otley. 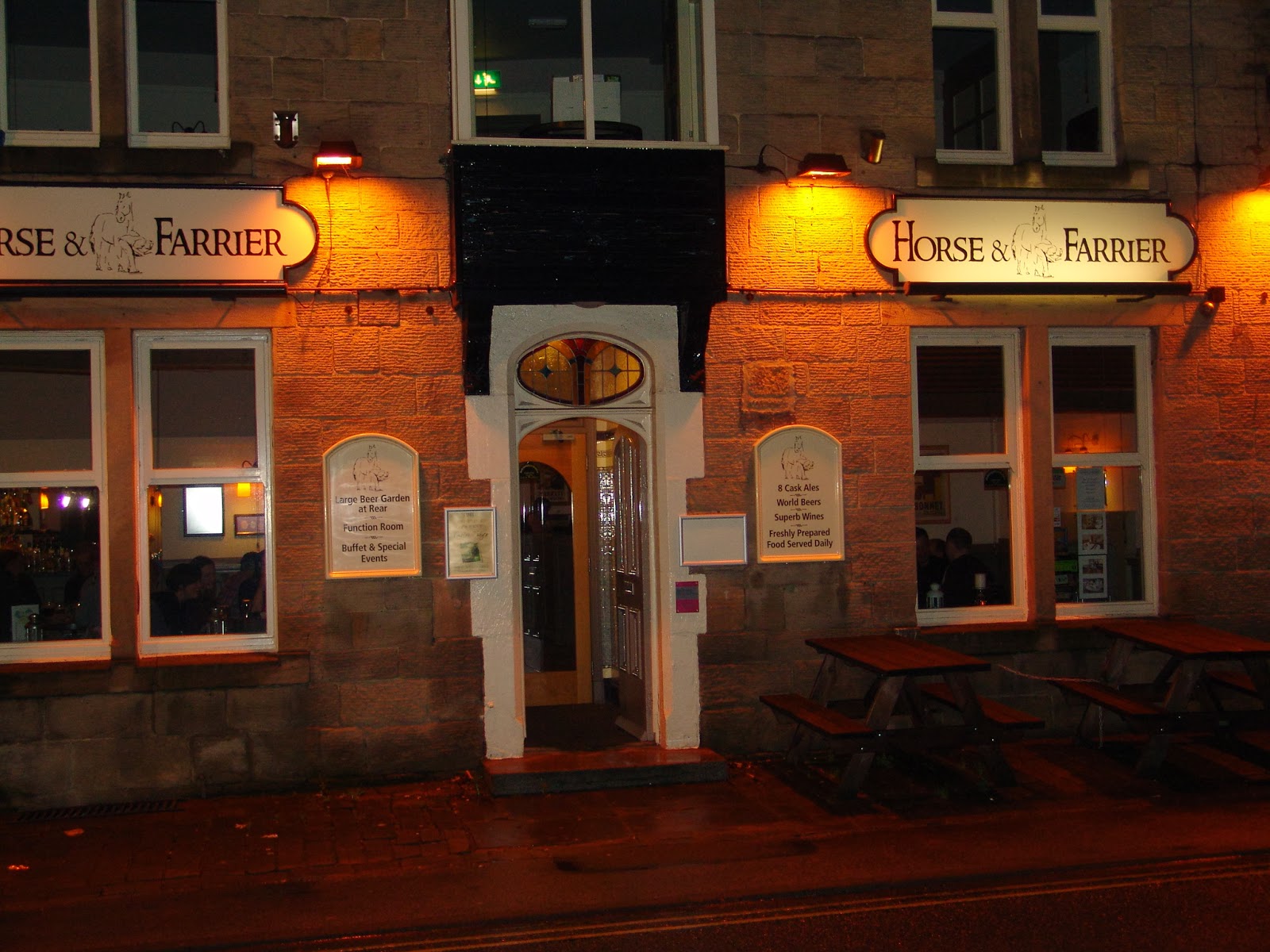 The pub is to be found on Bridge Street, which leads down to the bridge across the River Wharfe from the town centre. I think it used to be called the Bridge until it was acquired by Market Town Taverns a few years ago. They refurb'ed it and opened it up in it's current guise. If you know MTT then you know that their pubs are slightly different, usually good but different. 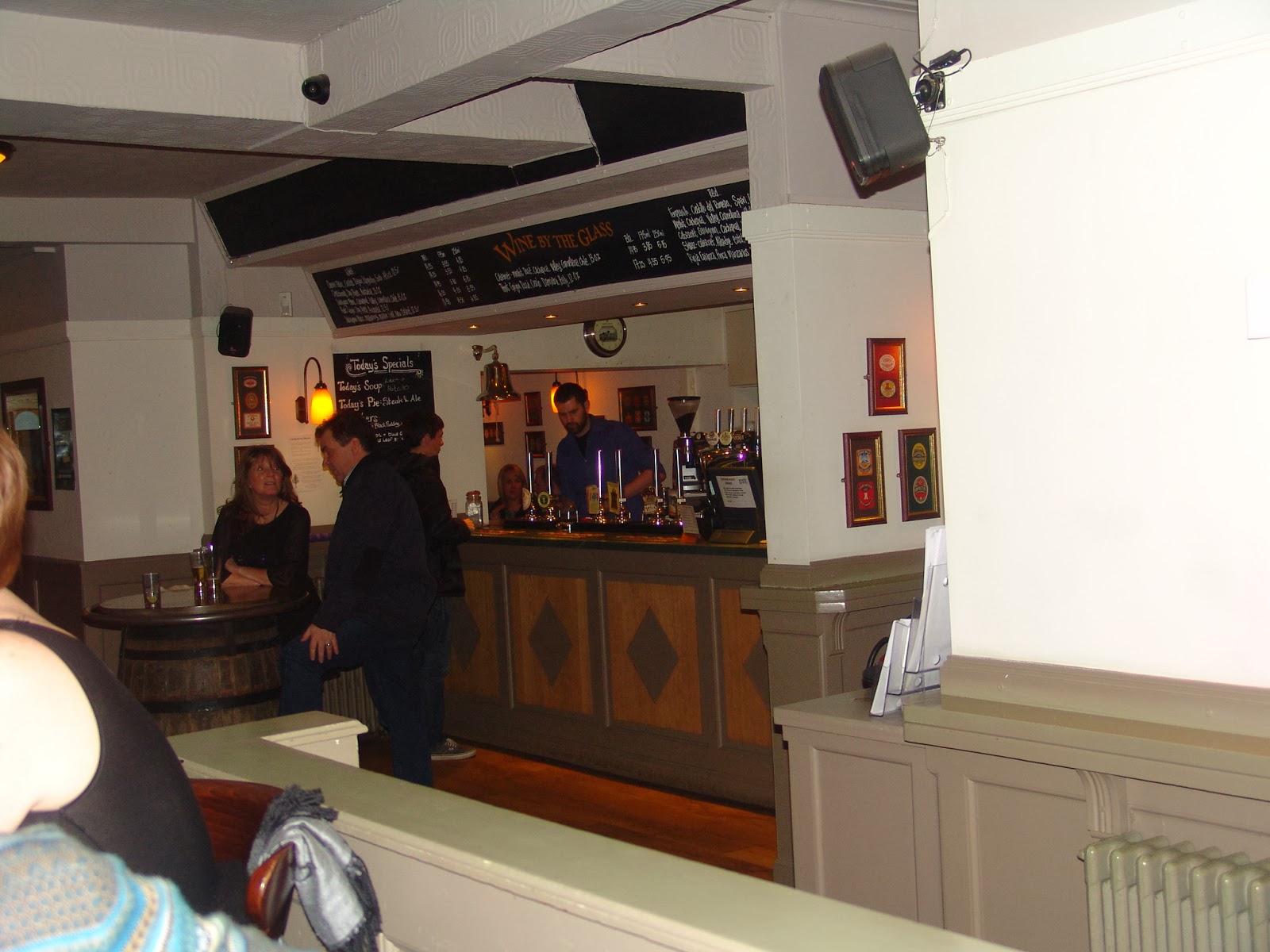 For the size of the pub the bar is quite small and when it is busy you can develop quite a thirst waiting to get served. However the wait is worthwhile as the range of beers, on draught and in bottles, is extensive. We started with pints of Saltaire Pride and a half of Mary Jane which are both local beers. The Pride is a splendid bitter which slipped down really easily! 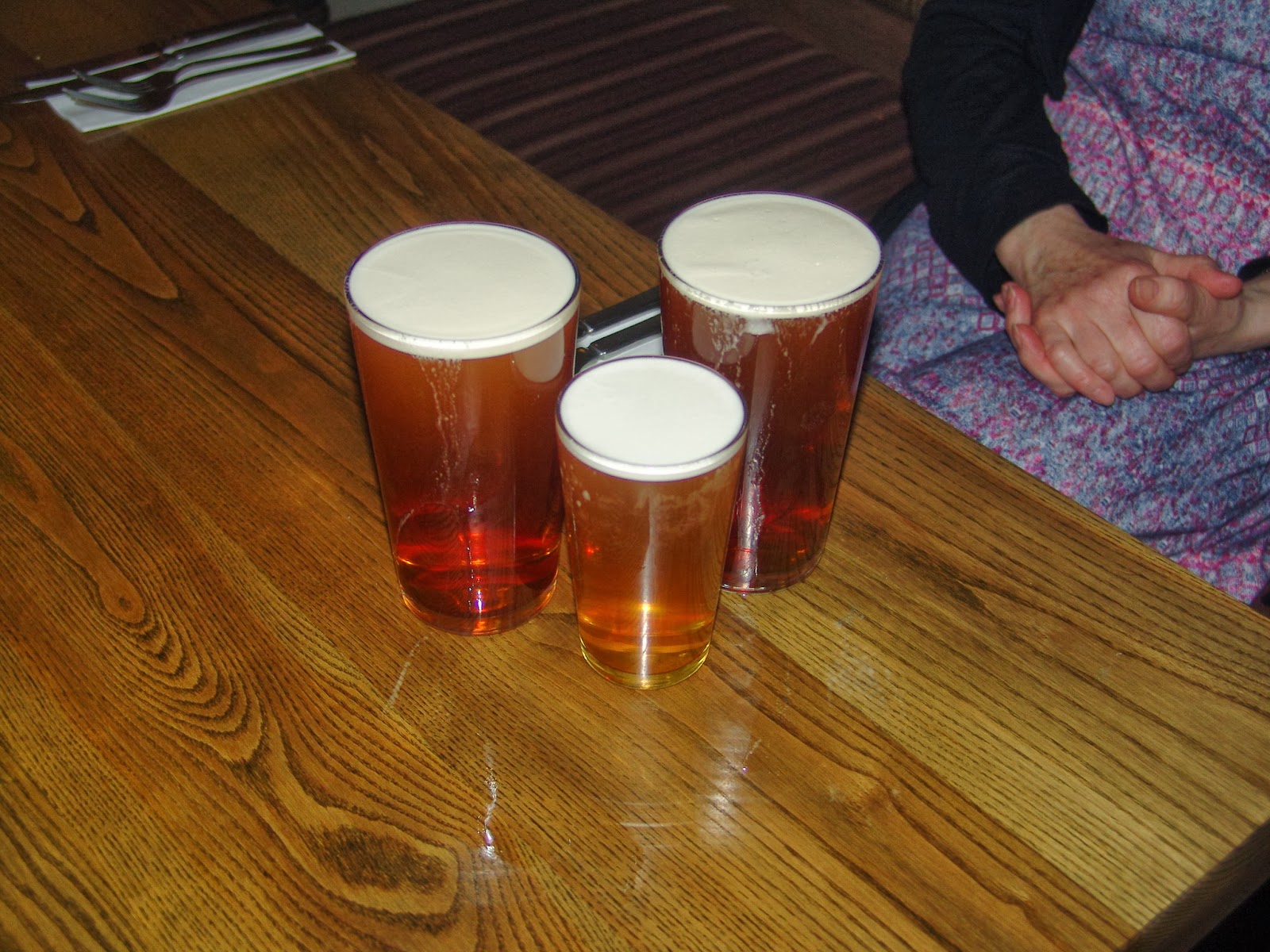 Whilst we were giving the beer our full attention a very nice waitress sorted us out with 3 food menus plus a specials board. She made various recommendations of the food that she had tried. We started with Monks Folly and beetroot salad and another veggie starter, both were delicious! 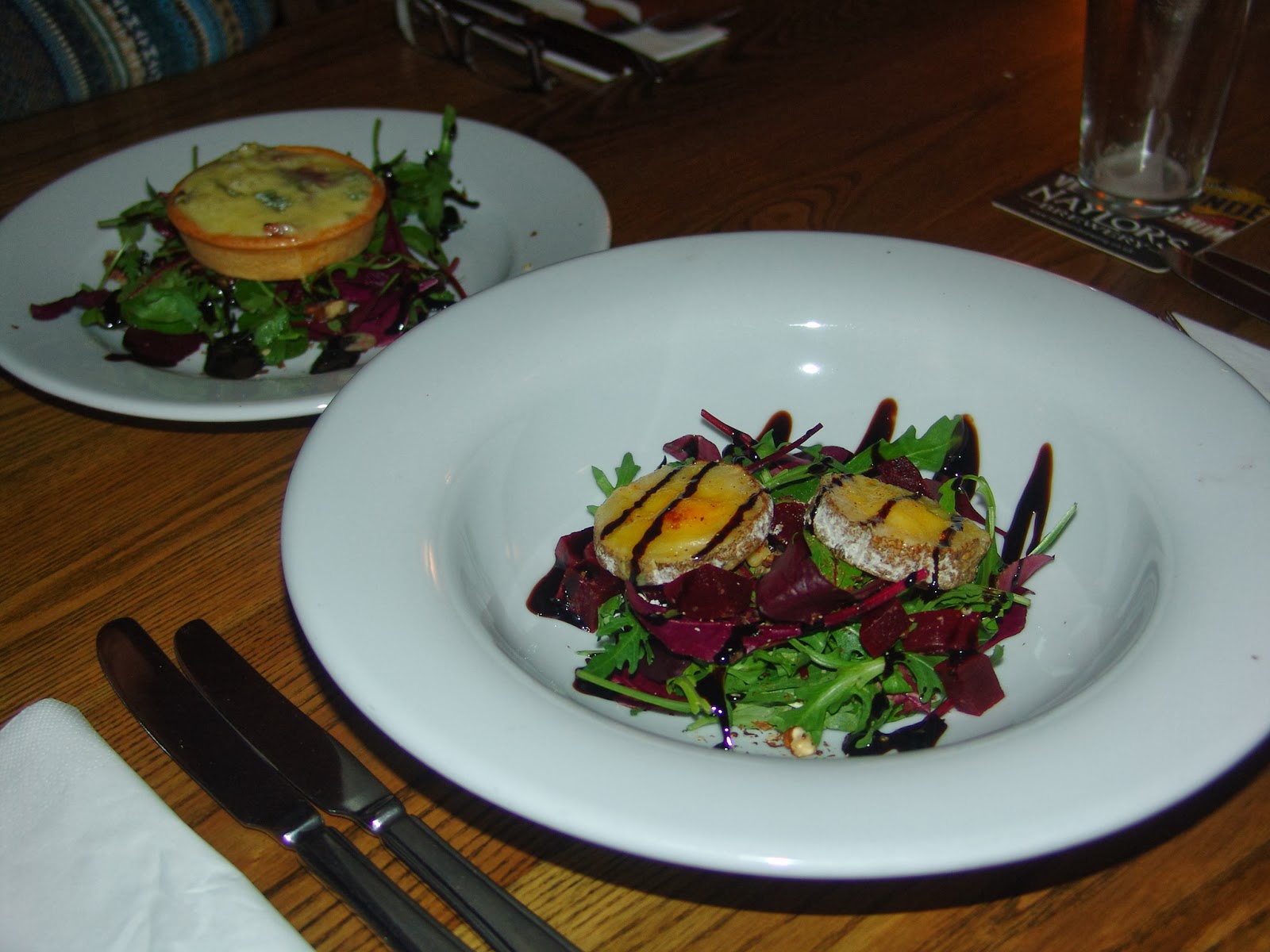 On our next sortie to the bar we were tempted with Briscoe's Otley Gold and an ale from Salamander. The Gold is brewed in Otley so it was only fitting that we tried it. 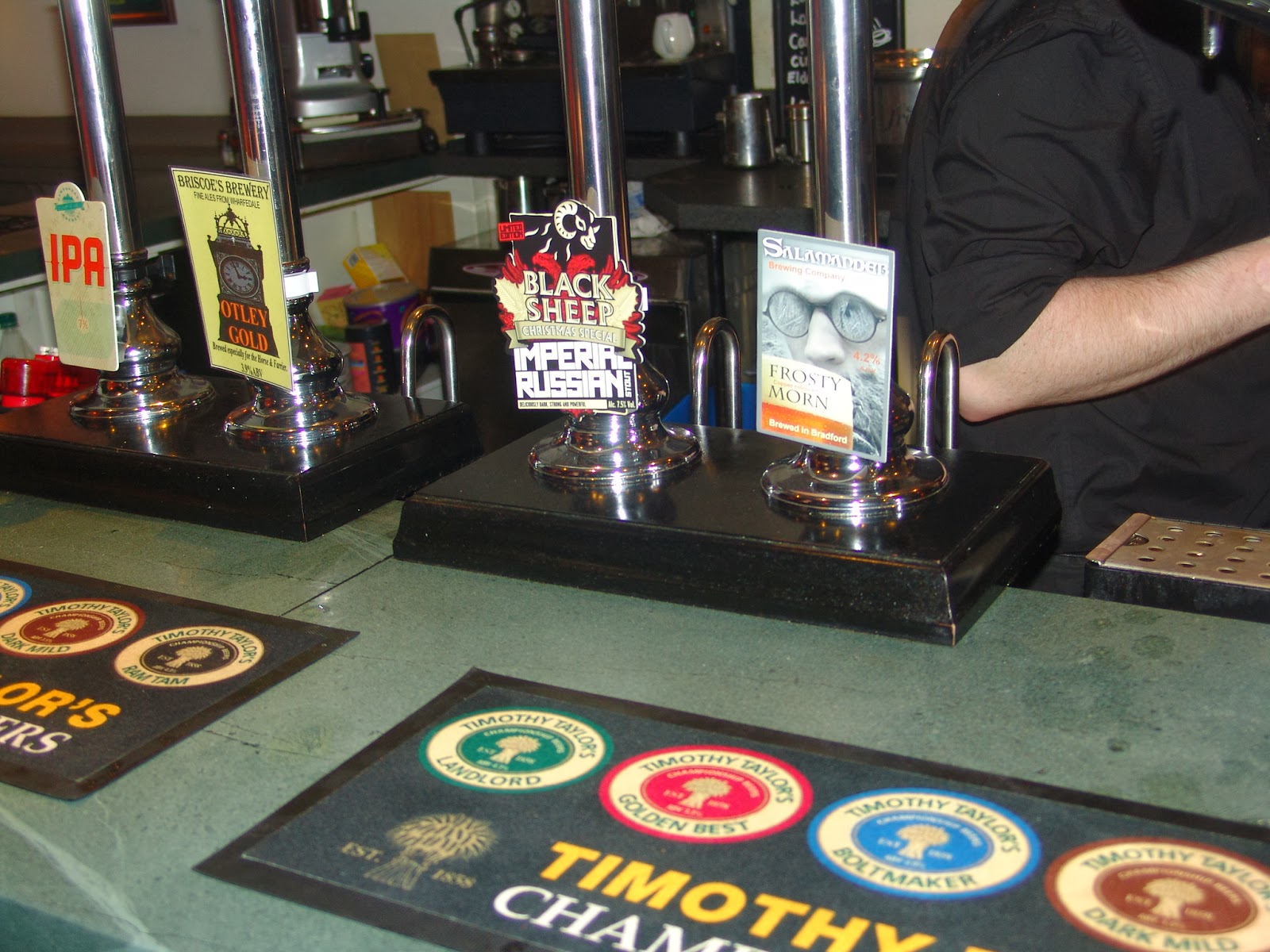 Our main courses arrived next. I went for Pie of the Day which was steak and ale (what else?) which came with roast veg and chips. It was stuffed full of tender beef and both looked and tasted wonderful. It certainly met all my expectations. 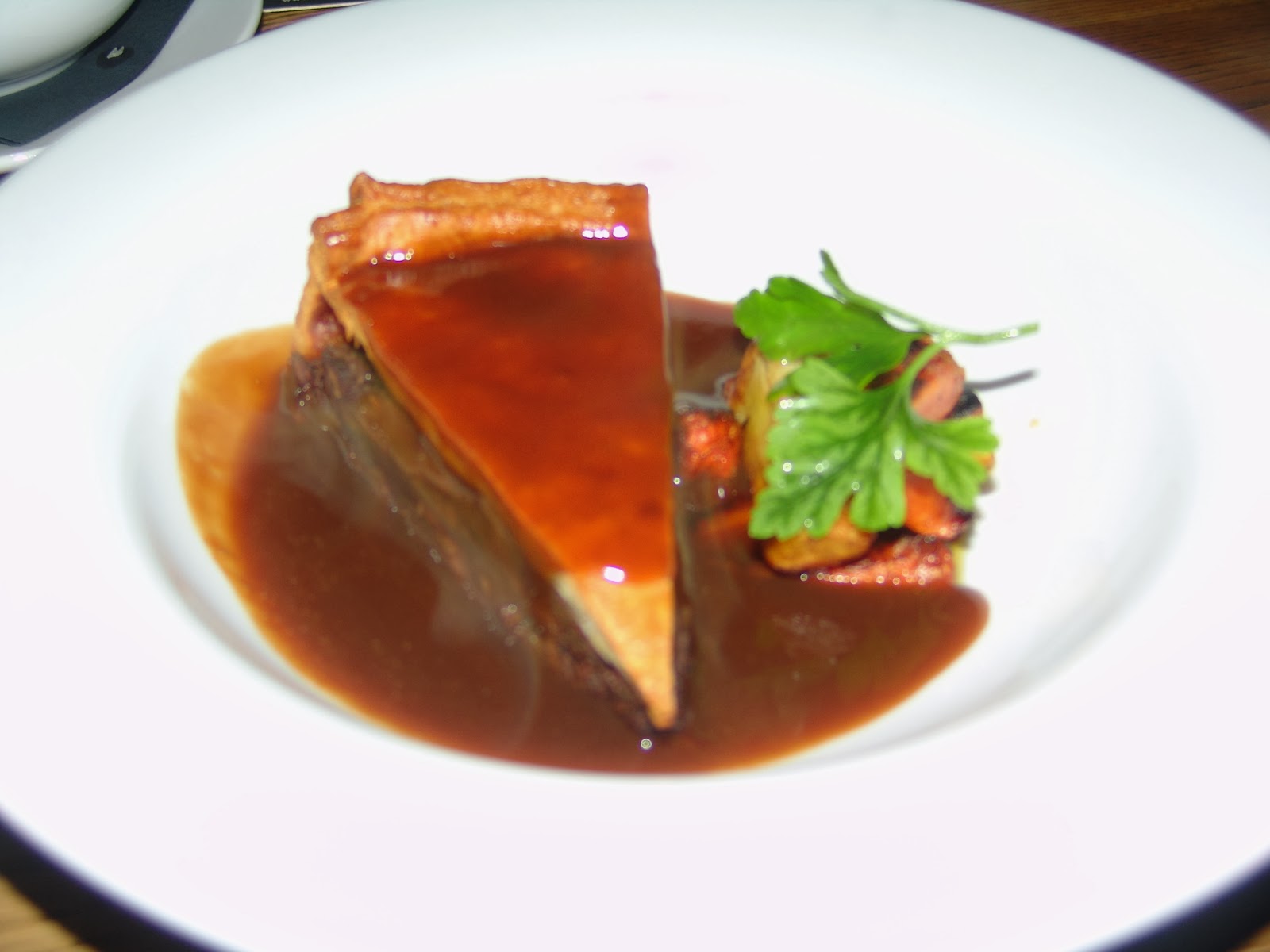 The others had Red Mullet and Macaroni Bake - both, I am told, were really nice. By this time the seating area was full of diners - a mixed crowd all enjoying a Friday night at the Horse and Farrier. 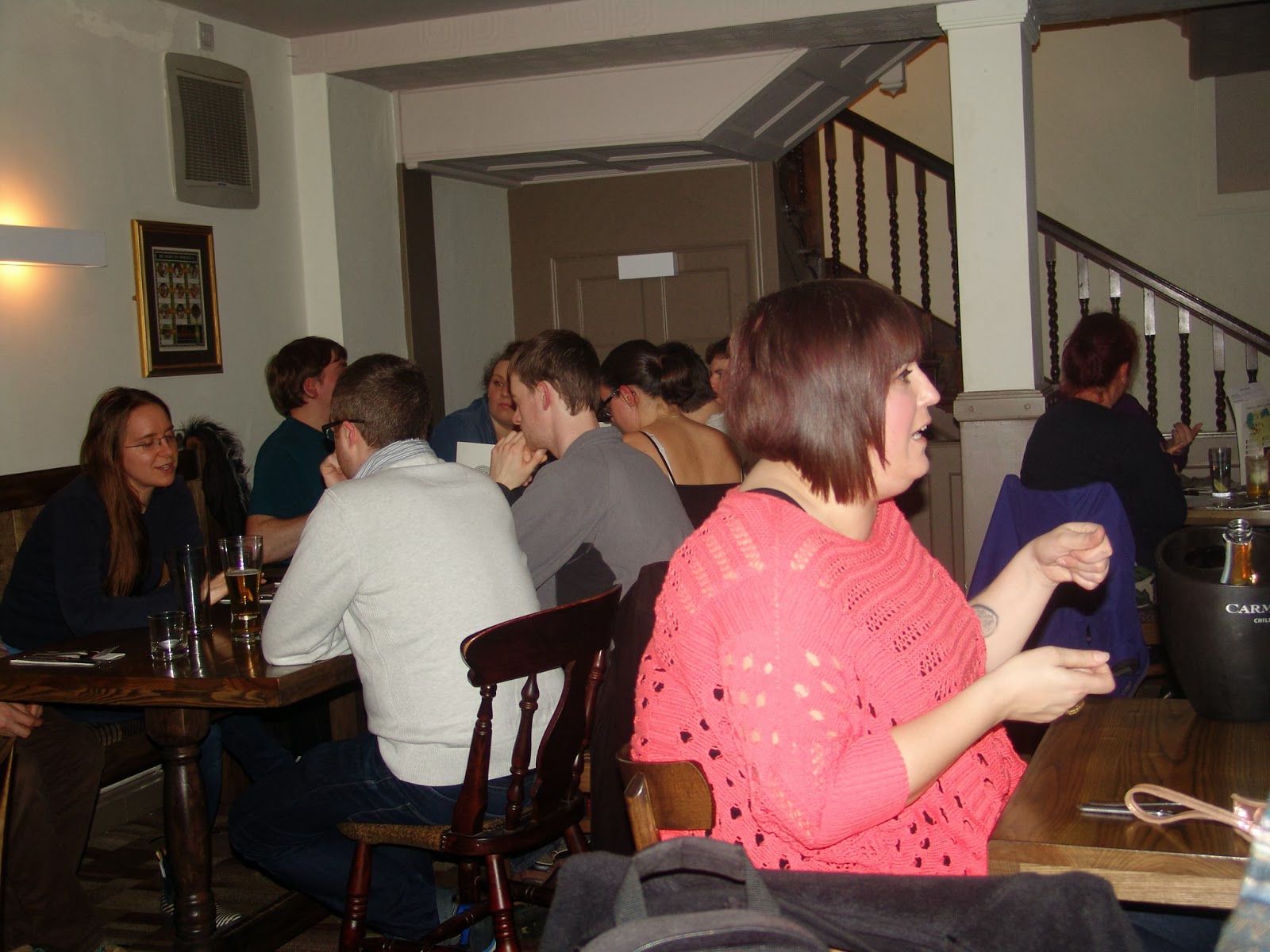 I had another pint of Pride which is really a lovely session beer whilst Steve had a bottle of La Chouffe (8%). I did succumb to the stronger stuff later with a pint of Russian Stout (7.5%) from Black Sheep which started to impair my critical faculties. We did manage a cheeseboard to finish but the Russian saw off my thirst and so further imbibing did not materialise. 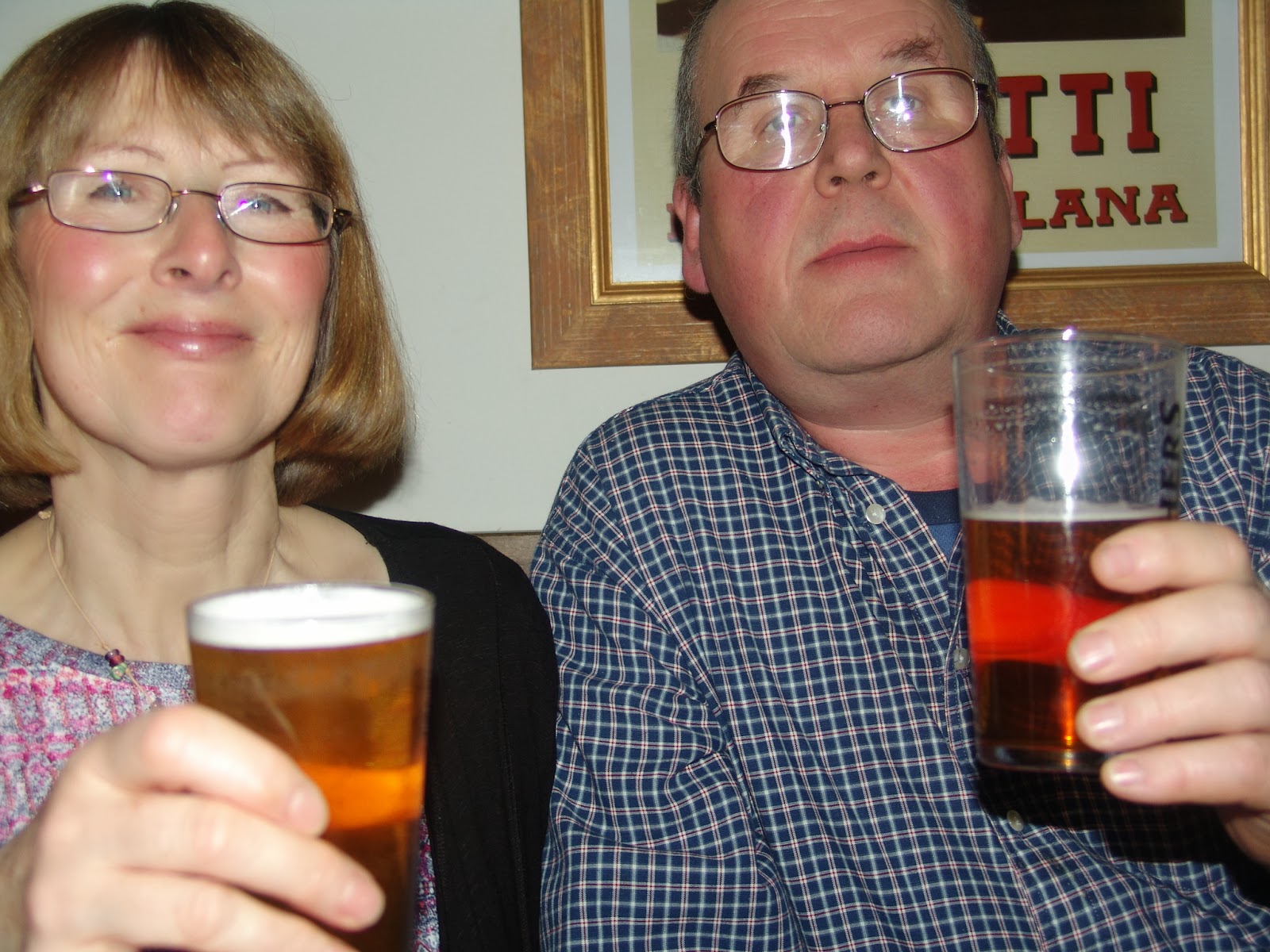 In conclusion the whole evening can be summed up in one word: Good. That is to say a good pub in a good drinking town serving good beer and good food. The staff were brilliant (one of the blokes had a two foot long beard). If you are in Otley you could do worse than visit the Horse and Farrier. We will certainly be going back!
Twitter: @horseandfarrier
﻿
Posted by The Tykester at 00:11