There was a time when every station had a nice cosy bar where you could get a drink and a sandwich whilst waiting for your train. Sadly these establishments declined after Beeching. Some survived and others were revived, among them the Stalybridge Station Buffet Bar. 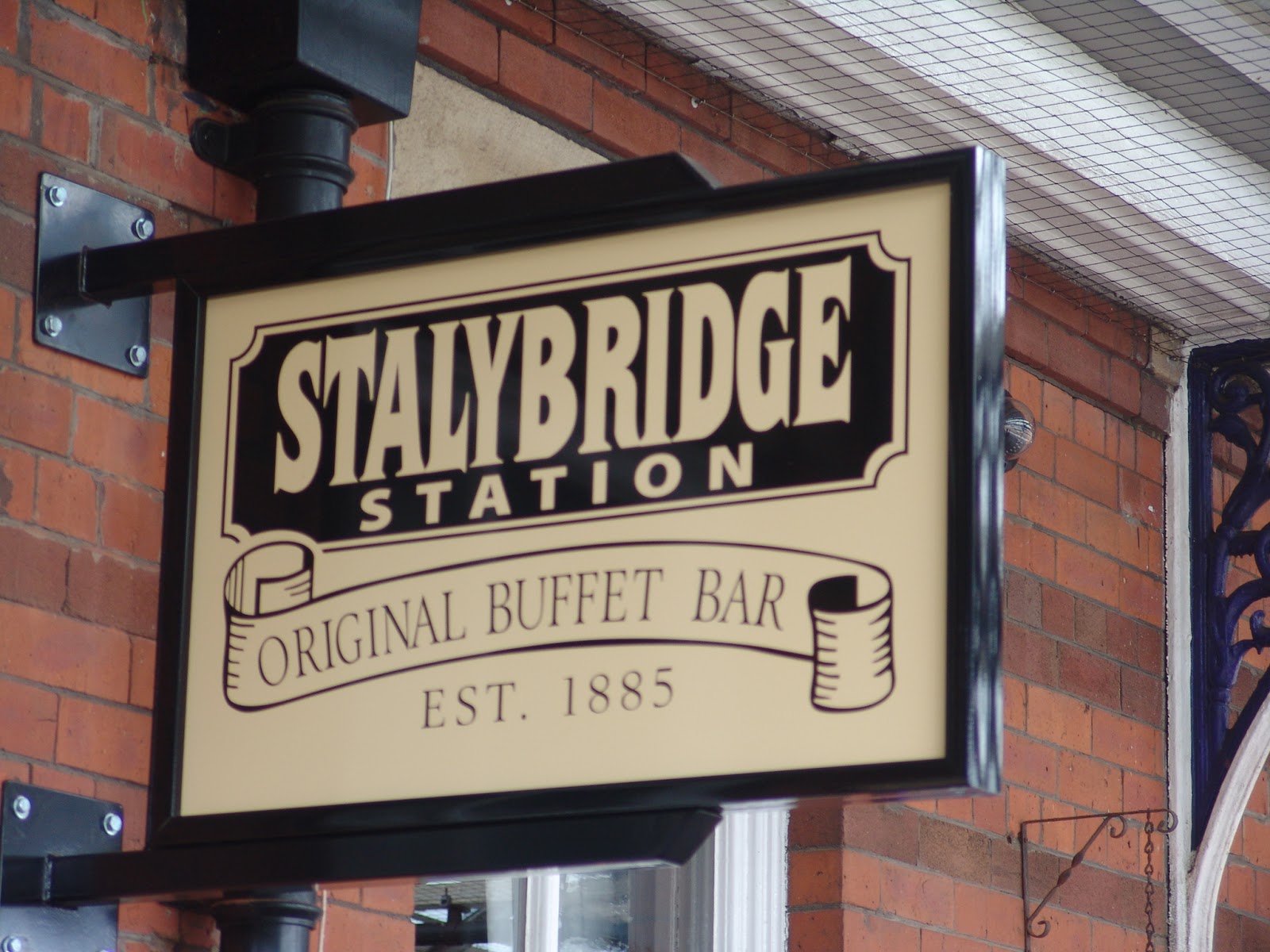 We caught the train from Leeds on Saturday lunchtime. In less than an hour we had crossed the Pennines and arrived at Stalybridge station. Finding the bar was easy. We just followed the other thirsty travellers to the eastbound platform and entered the wonderful bar. 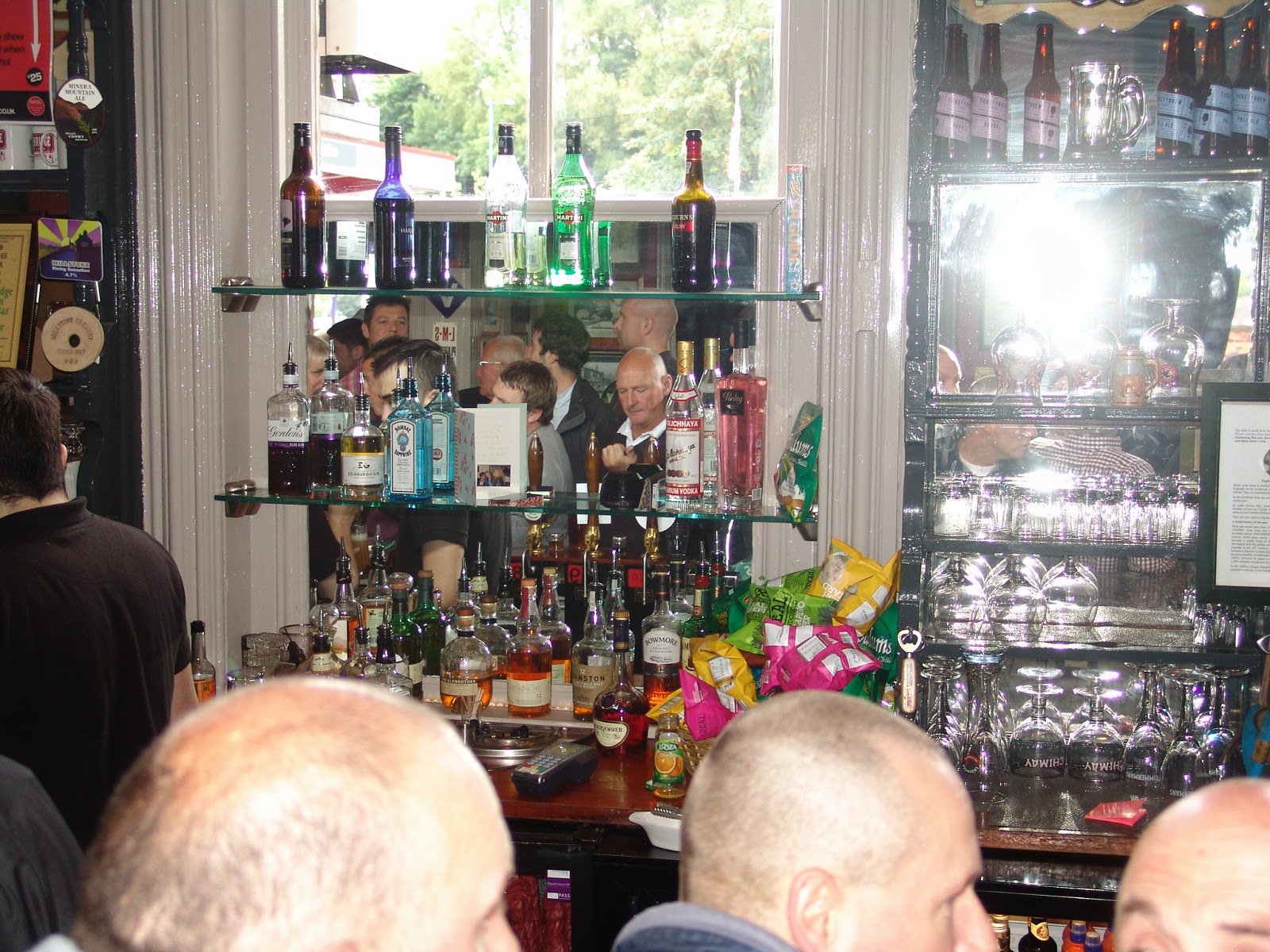 My first impression was that they must be running out of beer as the punters were three deep at the bar. We soon realised that a lot of people were going to Stalybridge just to visit the Buffet Bar. Once the crush died down we were able to sample the beers on offer. My first was a pint of Odin blonde which I drank on the platform with my friends. 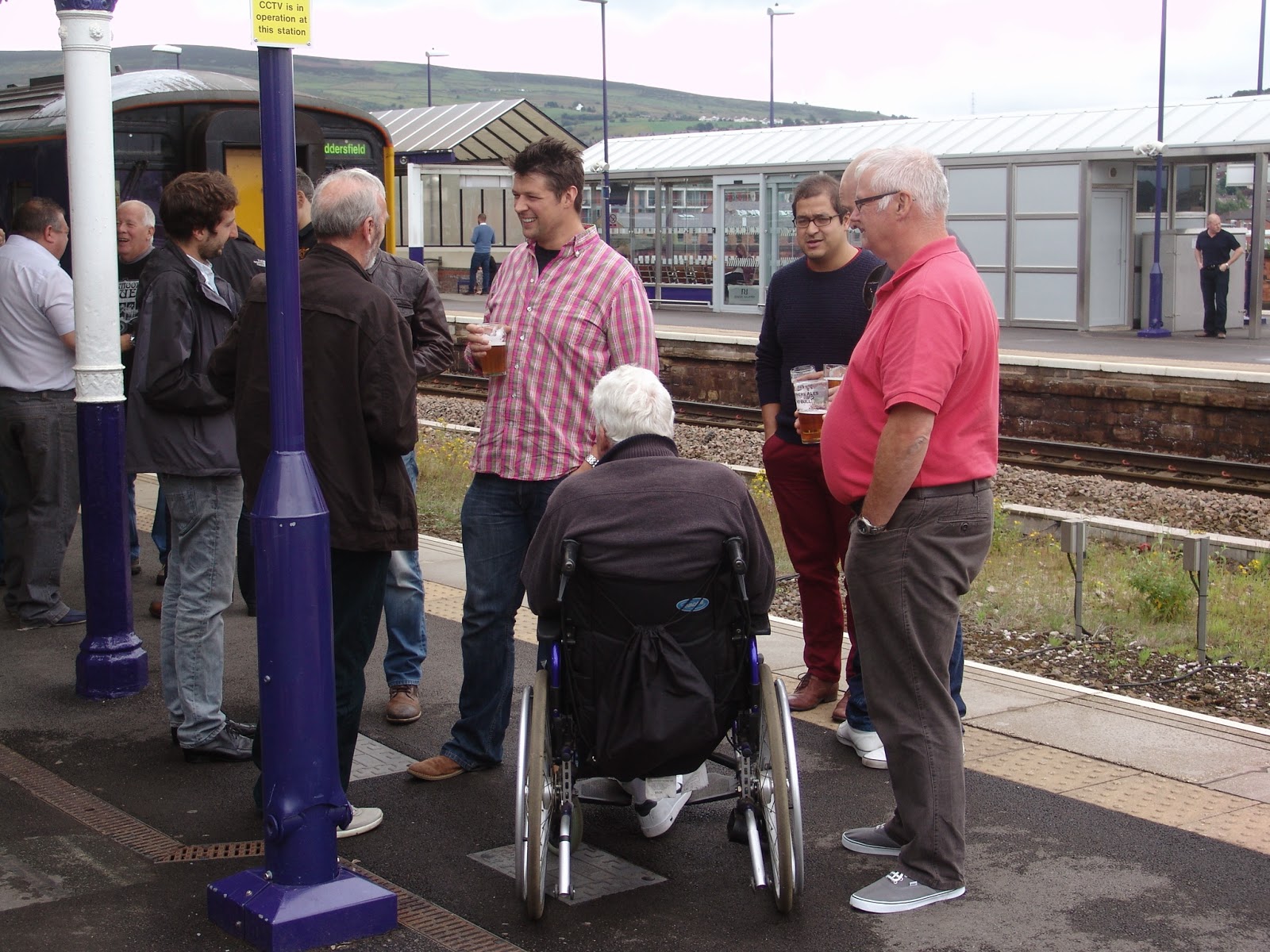 The beer was delicious and we finally managed to get a seat inside and were able to admire the railway memorabilia which adorns the walls of the bar, Away from the bar are a couple of dining rooms. We noted that pie and peas were on sale , reasonably priced if you felt peckish. I was still quite thirsty so revisited the bar to select my next pint: 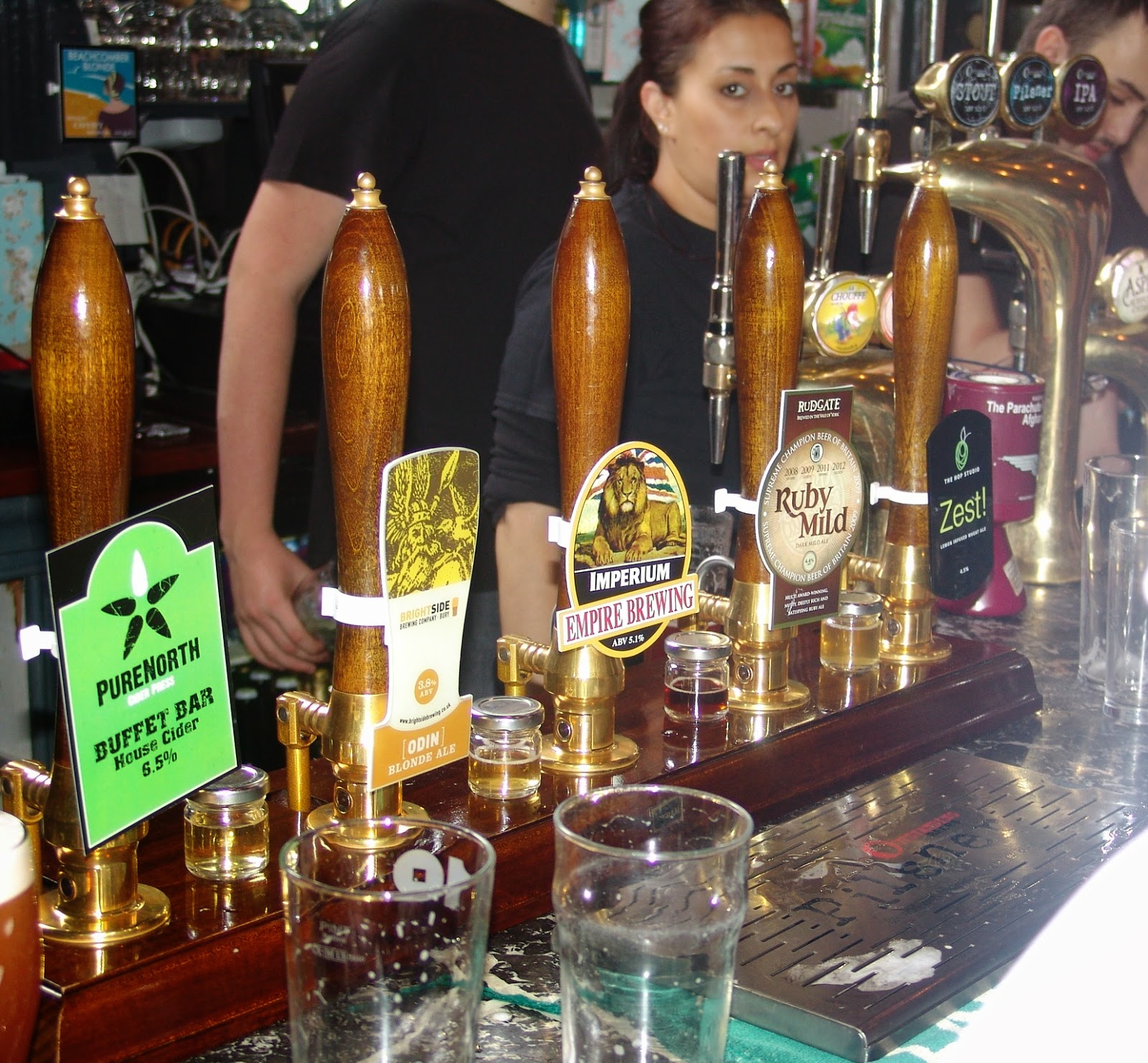 I was spoilt for choice. There were eight interesting beers on the wickets. My second pint was Grain Storm - another lovely pale beer with distinctive  bitterness. I  could have stayed at Stalybridge all day. This bar is an absolute gem and it was no surprise to see dozens of likeminded people disembarking from east and westbound trains just to sample the beers on offer. Sadly we had a train to catch but I hope to go back soon and finish what I started.﻿
﻿
﻿
﻿
﻿