Beer train aficionados will probably know this one. Just outside Huddersfield station is a cracking pub called the King's Head. In a town where there are some cracking pubs we were pleased to find this one right in the middle, outside the station in George's Square. 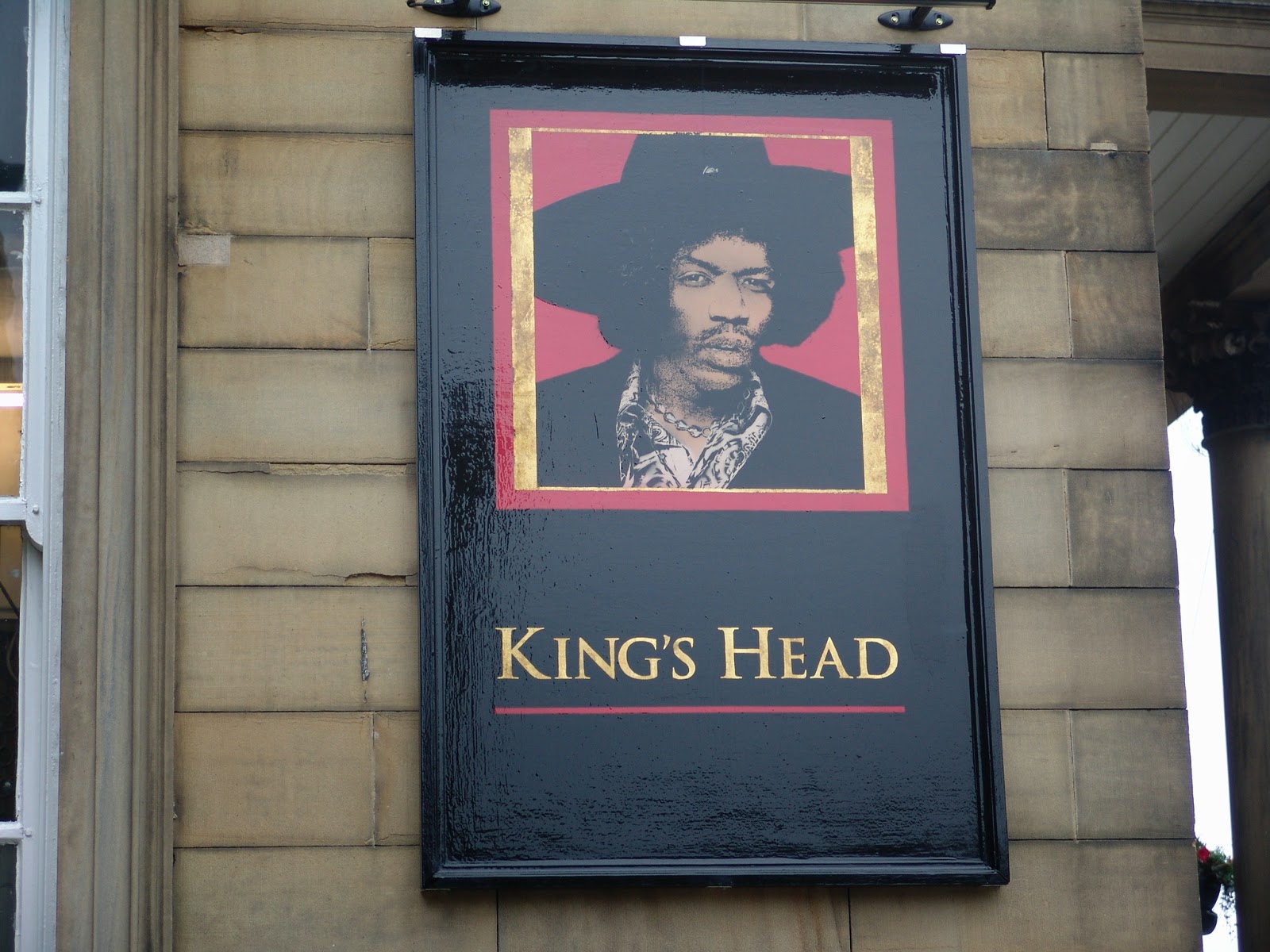 A
Those of you who think that is a picture of Charles I take a careful look. If you don't know that it is the legendary Jimi Hendrix - well it is. The pub is acquiring that status itself.  As well as being a must visit pub when doing the Leeds- Stalybridge beer train it is also a great local music venue. 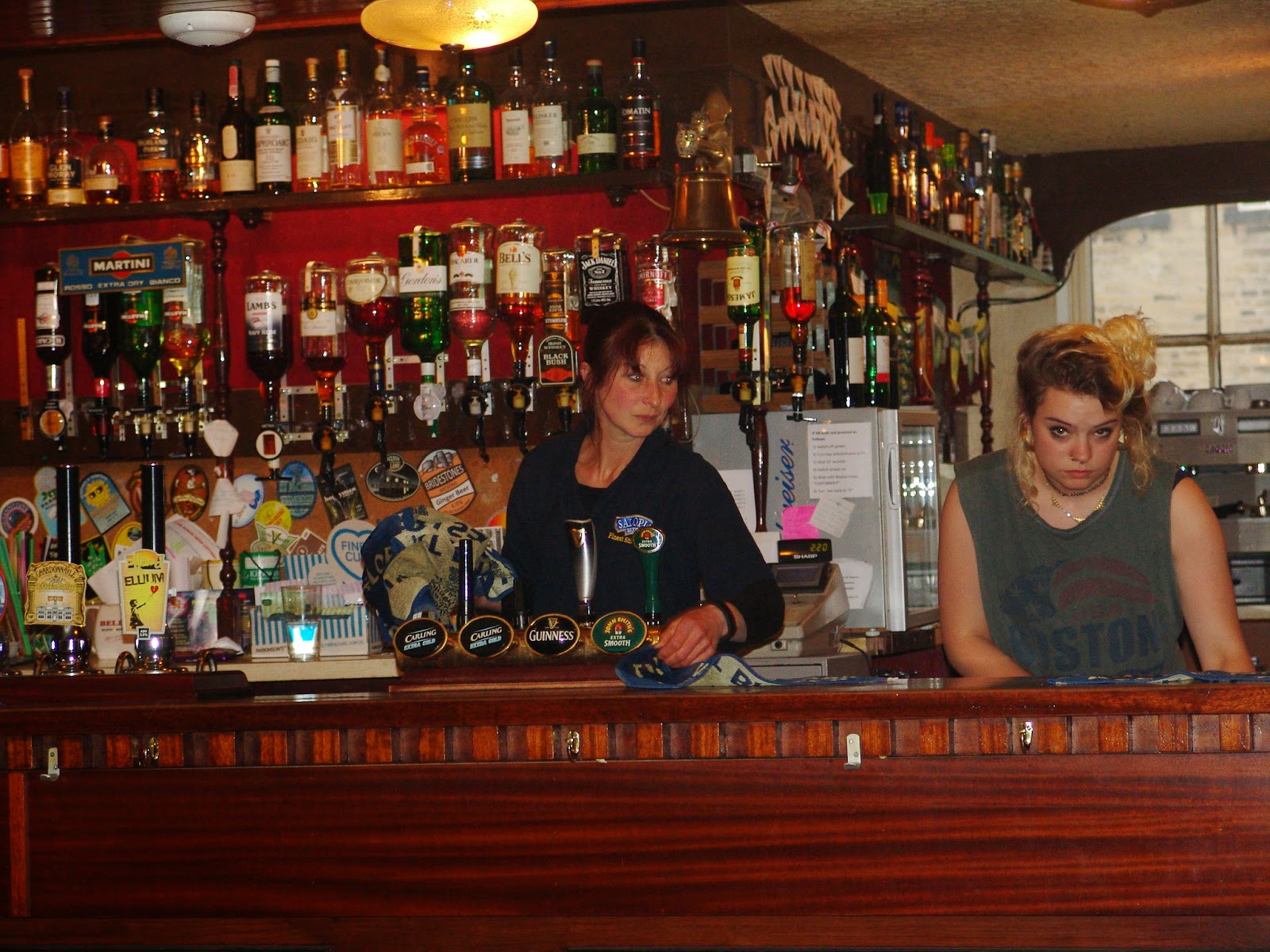 When you get to Huddersfield you have a great choice of pubs. A friend who works in the town said that the beer in the Kings Head was really good. After an hour I could not really disagree. We arrived on Saturday teatime and the place was already rocking with people enjoying good beer and a convivial atmosphere. 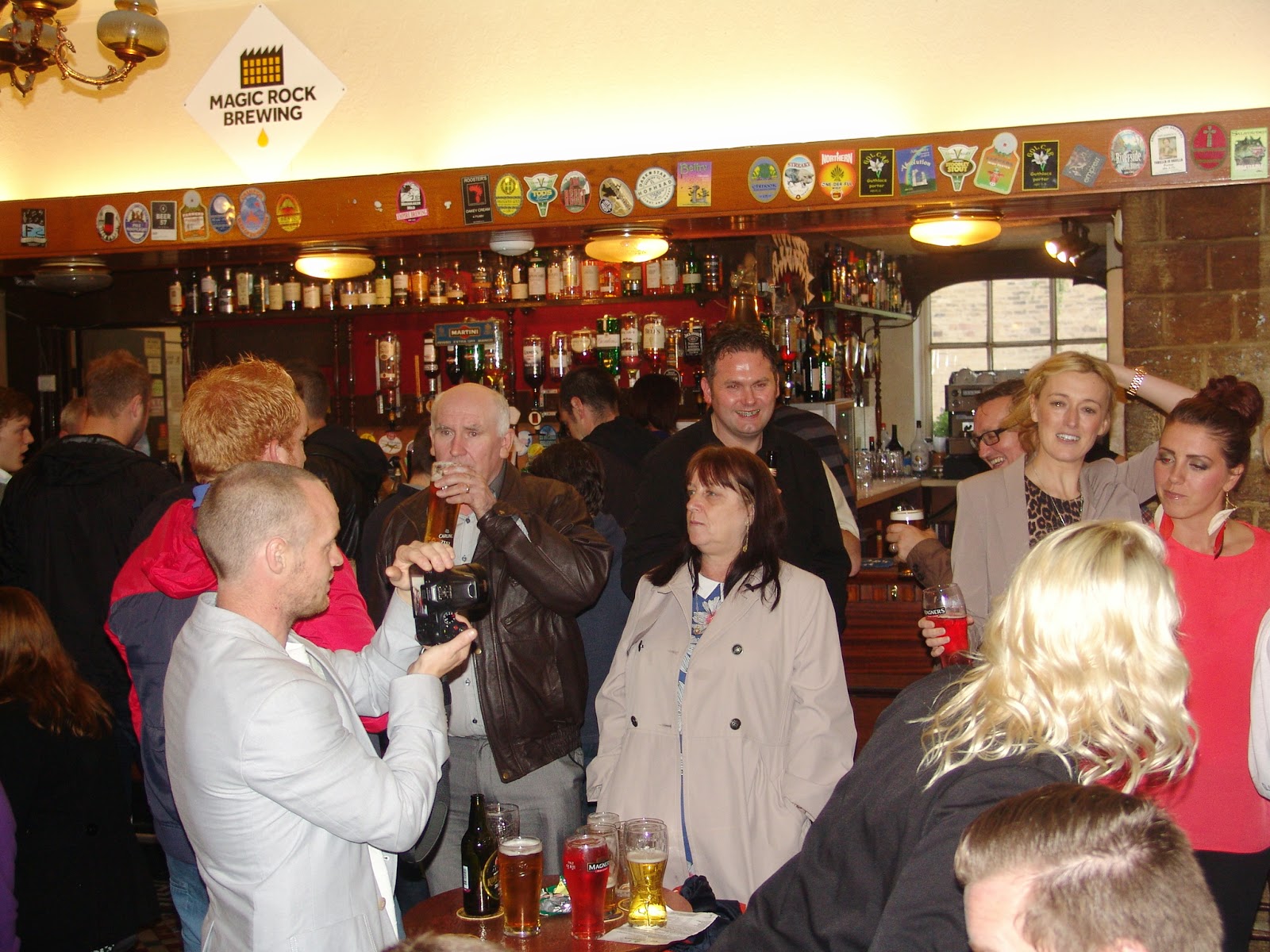 There was a fine selection of local beers on draught when we were there. The Ringmaster was interesting as was the Golcar mild.﻿
﻿ 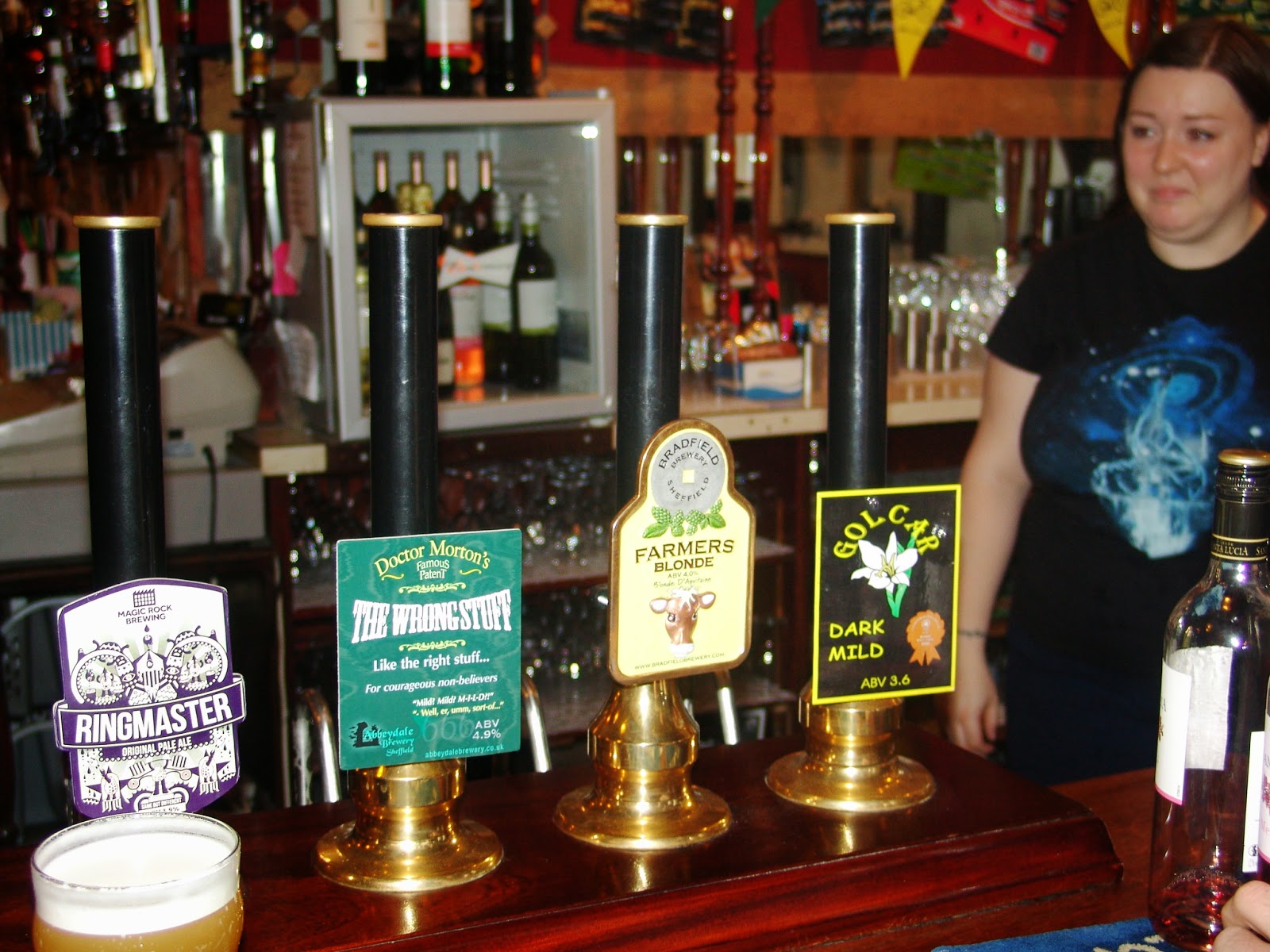 Town centre drinking is not for everyone but if you are in Huddersfield then I recommend that you call into the King's Head and sample what they have to offer.﻿
﻿