Set high up on the hills to the north of Manchester is one of the nicest pub-breweries you could ever wish to visit. The Lord Raglan in the hamlet of Nangreaves is also the home of the Leyden Brewery. A visit to the pub can be quite an adventure as it is "off the beaten track" and the last mile ascends a bone shaking cobbled lane. Once you get to the pub the view is spectacular. We arrived on a crisp clear Sunday lunchtime - 15 miles to the south the towers of Manchester glinted in the sun. Fiddlers Ferry power station can be seen to the southwest and to the north and west are the glorious Lancashire moors. 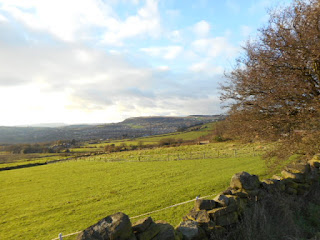 
The pub is on the old pack horse route from Manchester to Burnley. It has been in the same family for 60 years and takes it's name from the commander of the British forces in the Crimean war. 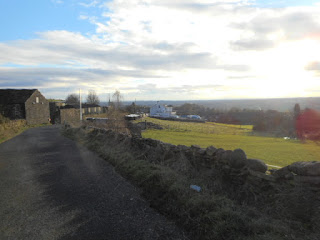 We visit the pub every year - the beers brewed on site include: Raglan's Sleeve, a lovely, well balanced bitter and Crowning Glory, a strong smooth winter brew. On our visit they had had a cultural exchange and there were several local guest beers on offer. I started with a pint of Mistral, brewed on the premises - a light refreshing ale at 4% alcohol. My second pint was a sweet stout from the Deeply Vale brewery in Bury called DV8 which, despite the name, is an interesting and very drinkable ale. 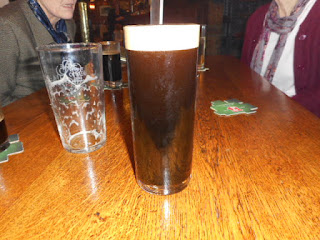 Food at the Rag is traditional  pub food with locally sources ingredients. I had a black pudding tower with Bury black pudding ( where else!) - delicious. This was followed by brewers pie - long cooked beef in the pubs own beer. 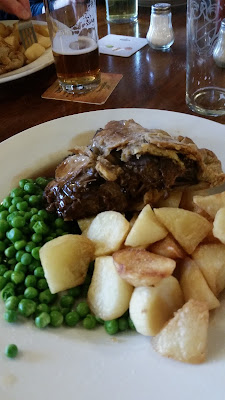 After that there was a decision to be made - pudding or more beer? I went for a pint of Gold from the Dunscar Bridge brewery in Bolton - another really nice pint. I had forgotten that Lancastrians are such good brewers. 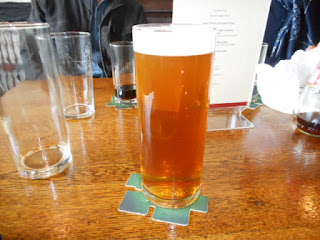 There may well be dozens of brew pubs like the Lord Raglan dotted around the north of England. I am certainly looking forward to finding them and sampling their hospitality. If you are ever in Bury or passing through the area make a point of finding the Lord Raglan and trying what it has to offer. you will not be disappointed. 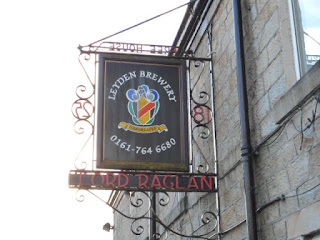