The beer scene in Sowerby Bridge is in a state of flux. Good pubs folding and new ones opening. However a brewery and pub has opened in an old industrial building now called the Hogshead Brewhouse. 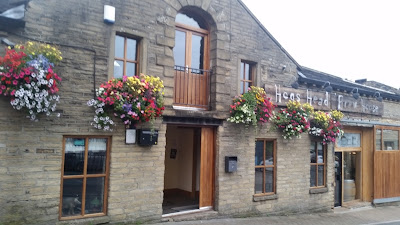 The building is only ten yrads from the main drag through the town and there is a public car park opposite. Inside there is an immediate sense of space with the bar, festooned with handpumps, over to the left. 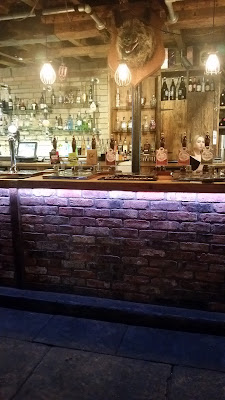 The space is so great that I failed to notice all the brewery equipment. The barmaid helpfully pointing out that it was behind me. There it was behind a glass screen, an 8 barrel brewery in all it's glory. 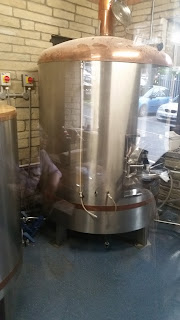 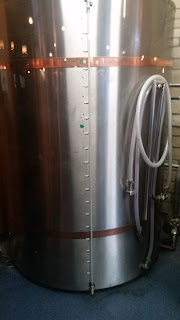 All this sightseeing was thirsty work so we decided to sample what was on offer. I started with a pint of White Hog which is a very palatable pale hoppy brew which slipped down very nicely. At 4% and containing Magnum, Amarillo and Simcoe hops it makes an ideal summer session ale. 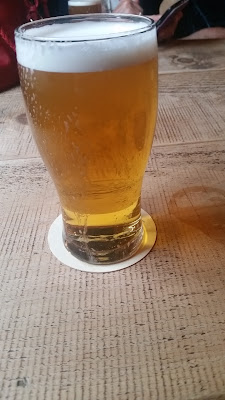 I decided on a pint of porter for my second drink. Old Schnozzler, at 5.3% is a rich dark ruby porter. It tasted of coffee and chocolate! Very interesting and also totally thirst quenching. They brew it all year round - I guess it would be perfect on a cold winter's evening. 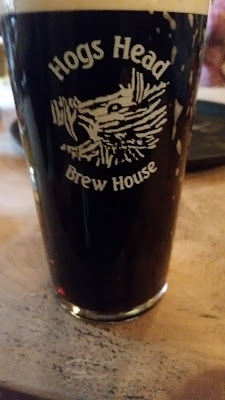 Although it was early on a Sunday evening the pub was doing good business. They also do food but we did not try it. 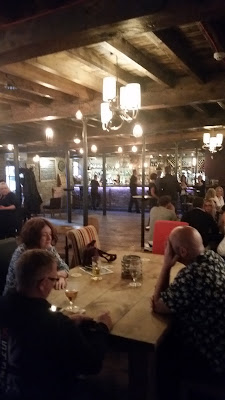 I wish we had had more time to sample the other beers such as Six to Eight Weeks which is a traditional bitter or Hoppy Valley which is named after a television programme. It was not to be as we were booked into the curry house opposite. Still I am looking forward to a return visit in the near future as the Hogshead Brewhouse is worth it. 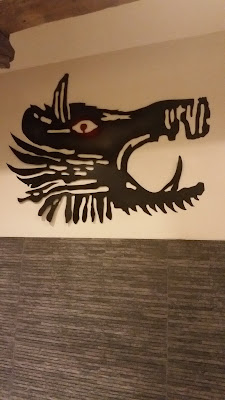 Posted by The Tykester at 00:15 No comments: