Marsden is well known in beer drinking circles as a stopping off point on the beer train. Our approach to the town was via an older form of transport. We entered along the Huddersfield Narrow Canal after a very pleasant walk from Huddersfield itself and descended through the town to the Riverhead Brewery Tap. 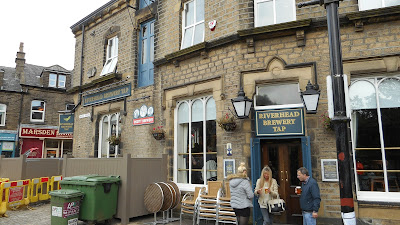 The first thing that I noticed was the prominent Ossett Brewery sign on the wall. Ossett have a record for buying up smaller breweries and then letting them continue to brew their own beers whilst providing an outlet for Silver Queen et al. We were not in town to drink the very fine Ossett brews so we homed in on the local delights which occupied half of the 10 wickets on the bar. 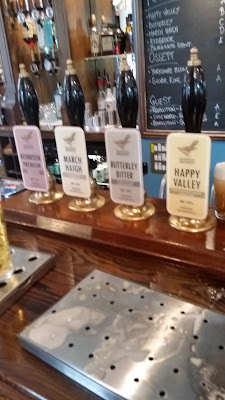 I started with a pint of Butterley bitter whilst my mate Bob started with a March Haigh. He helpfully informed me that the beers were named after local reservoirs. Butterley is a traditional amber coloured bitter and  @ 3.8% ABV would make an excellent session beer 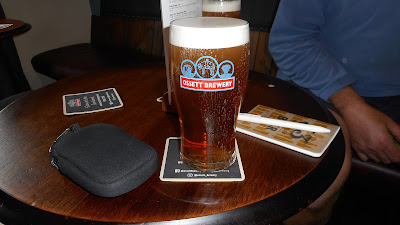 My second was a very pale bitter called Happy Valley whilst Bob opted for a strong ruby coloured ale called Redbrook. The Happy Valley @4.0%ABV is a lovely blonde beer with hops that linger on the pallet. 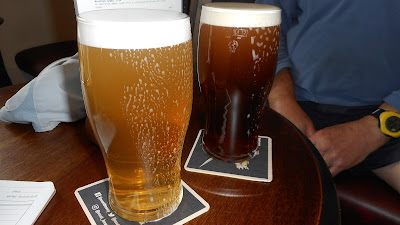 Stepping up a gear we both went for a pint of stout. Black Moss stout looks like Guinness but has a lot more flavour and plenty of body despite having an ABV of only 4.3% 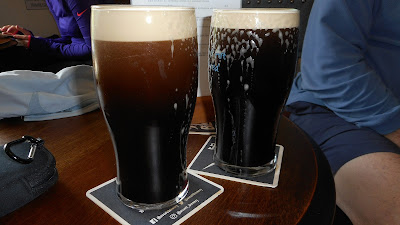 All the time we were in the pub there was a constant stream of regulars, hikers and dog walkers calling in for a mid afternoon beer. 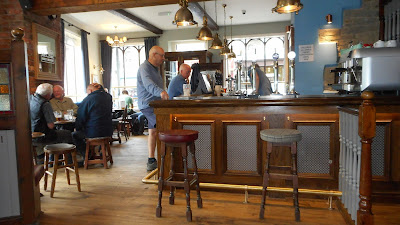 Dogs are most welcome in the bar and whilst we were there they were all well behaved, especially our Meg who had walked up from Huddersfield with us. 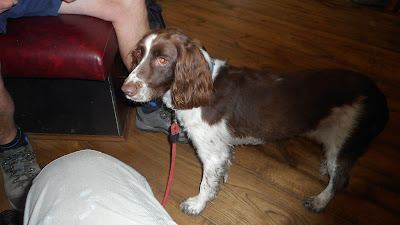 We could have happily spent the rest of the day in the Riverhead Tap but we had a train to catch back to  Leeds. If you are in Kirklees then a trip to Marsden is a must. A lovely town with a lovely pub. 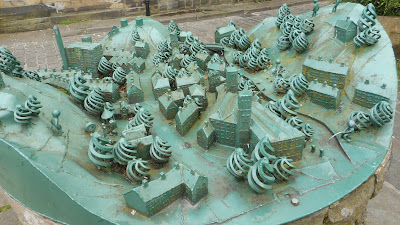 Posted by The Tykester at 00:33 No comments: