I have not visit Darlington in county Durham for nearly 50 years. I did though, recently spend a day there and decided to find some nice beer. After some brief research we plumped for Number Twenty 2 on Coniscliffe Road which is just west of the town centre and about a 10 minute walk from the railway station. 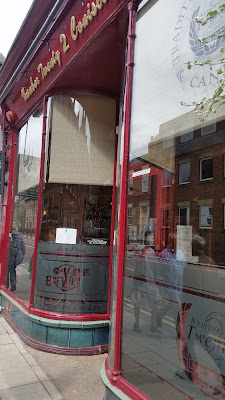 First impression was that it is a long narrow bar with lots of handpumps (I counted 16 in all including the draught cider!) 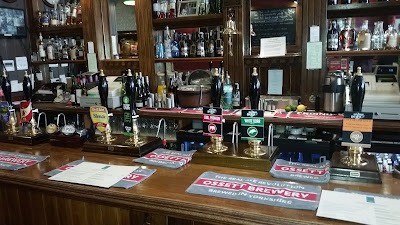 With such a wide choice I played safe and went with a brewery that I knew 7 started with a pint of Pale from the Hop Studio at Elvington near York. 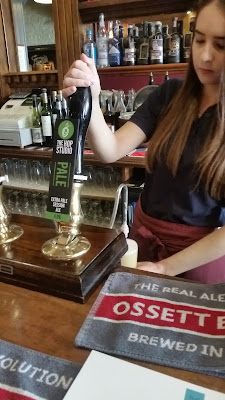 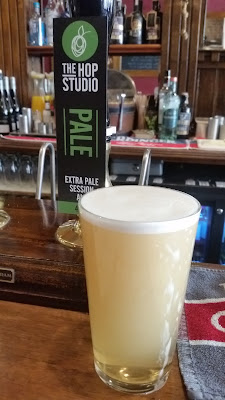 Alan also went with a pale beer, White Boar Bitter from the Village Brewer, which is the name of the brewery attached to the pub. A full range of their beers was available on the bar plus several guest ales from around the region. White Boar was originally brewed at Hambleton until the brewery in Darlington was established. 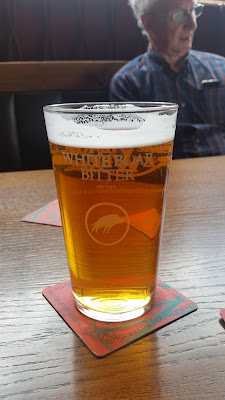 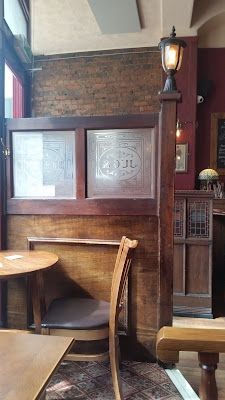 As well as the range of cask ales there was also a range of other beverages, enough to satisfy most palates! 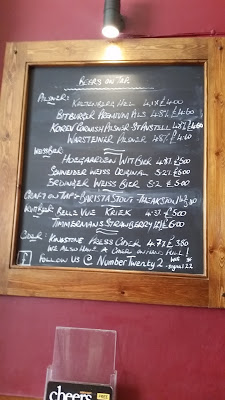 The food on offer is pretty standard pub fayre. I had a burger which came with chips and leaves! 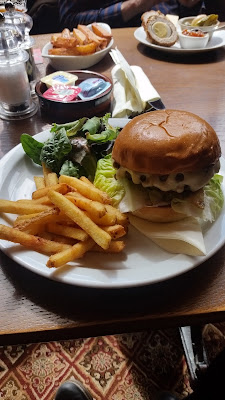 Alan opted for the mini - ploughmans witha side order of chips ( there were three types of chips available!) The food was not great value in my opinion - £9 for the burger and £7 for the ploughmans +chips.

My second drink was a pint of Old Sailor IPA from Scarborough Brewery which at 5.9% was quite a hefty beer. It also tasted very nice. 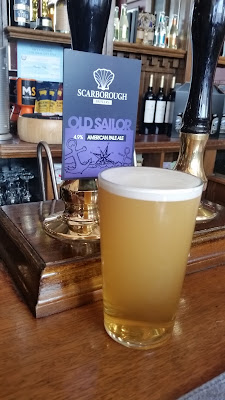 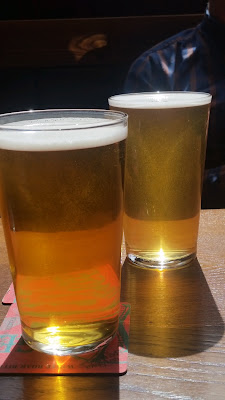 Looking back up the bar from the kitchen one could imagine that the pub was quite old. However it only got a licence to sell alcohol in 1995 and then they were not allowed to sell spirits until 2005. 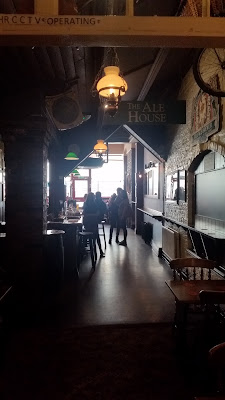 The pub has won lots of awards since it opened. It has a fabulous range of beers, many being brewed on the premises. It is well worth a visit if you are in Darlington. I am also looking forward to visiting its sister pub, Blind Jacks in Knaresborough.